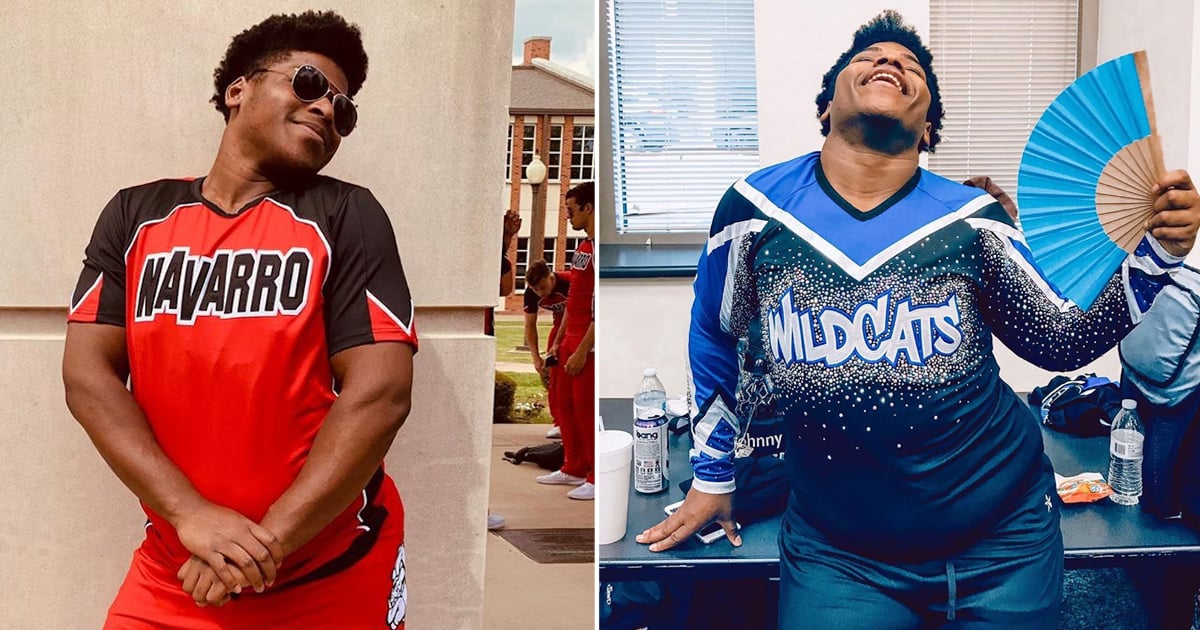 Netflix Cheer Star Jerry Harris Is a Gem on Instagram, and Our Timelines Are Grateful squib Ever since Jerry Harris came into our lives via streaming, we haven't been the same. The 20-year-old Navarro College cheerleader quickly became a fan-favorite on Netflix's docuseries Cheer and established himself as the ultimate mat-talker while supporting his teammates throughout the season. He also spoke candidly about losing his mother to cancer at a young age and how he hopes to honor her by cheering and maintaining a positive attitude.

Following the success of Cheer, he was able to bring that optimistic energy to The Ellen DeGeneres Show where he performed with the Narravo squad and to the Oscars where he adorably interviewed a handful of celebrities. Thanks to Jerry, our hearts are fuller, our spirits are higher, and, now that we follow him on Instagram, our timelines are brighter. Look ahead to see some of his smiliest, fiercest, most inspiring posts from the 'Gram!

Related:
Want to Keep Up With the Stars of Netflix's Cheer on Social Media? Here's a Handy List
Scroll for more
Continue reading on POPSUGAR...
Tags:
Facebook Share Trend